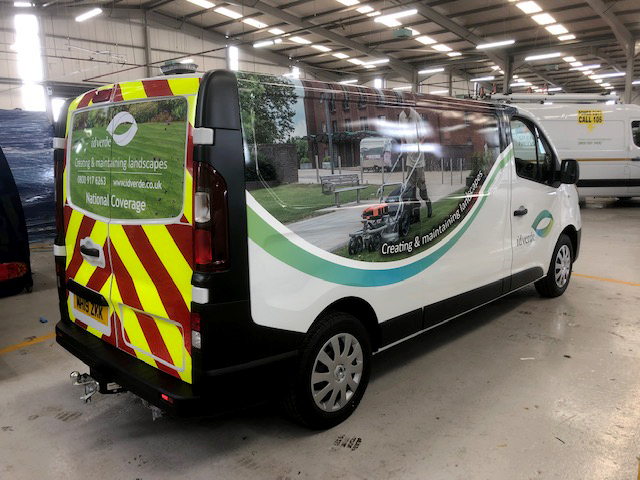 idverde is Europe’s largest provider of grounds maintenance services and landscape construction projects, with an annual turnover of €600m and 6,000 colleagues operating throughout the UK, France, and the Netherlands…and I am very happy to announce that Mediafleet has been selected as the preferred supplier to launch their exciting new vehicle wrap design in the UK. 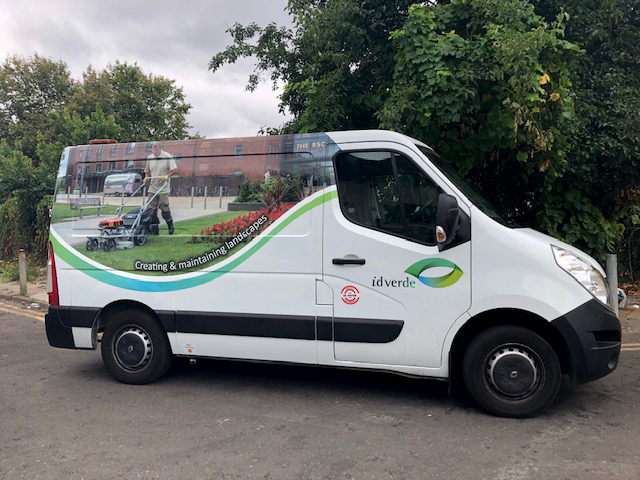 The new vehicle branding is designed to reinforce the message to potential and existing customers that idverde is the leading provider of landscaping and construction services with vehicles being seen at high profile locations around the country.

The project started with the idverde marketing team forwarding design ideas to Mediafleet. We then took those concepts and generated 3D visuals to clearly demonstrate how the vehicles would look when branded. Four different designs were chosen that would adorn vehicles according to the function of the vehicle. 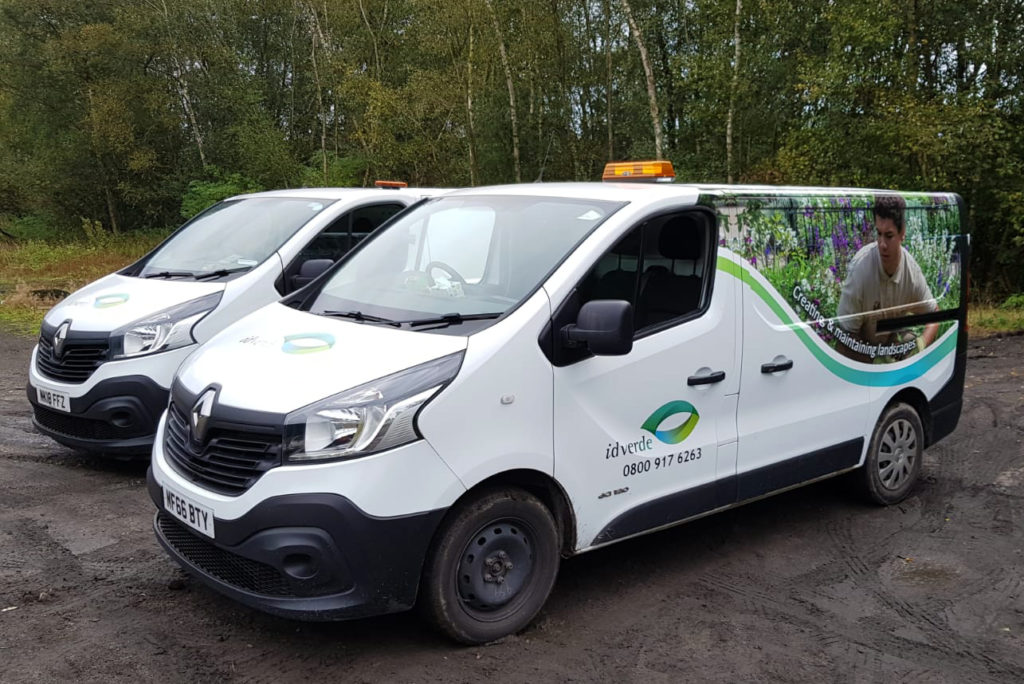 The first phase of the roll-out was a rebrand of around 40 existing vehicles where the original branding was removed, and the new branding applied. Mediafleet co-ordinated this nationwide activity across ten idverde locations – from Hastings in the south to the northern part of Scotland.

The second phase has now commenced with factory new vehicles being branded at the converter premises.

idverde has adopted a ‘strategic’ approach to this branding campaign which will culminate in all vehicles in the fleet having consistent branding wherever they are located and regardless of vehicle type.

This is an interesting project with a mix of demands placed on Mediafleet. This is not simply applying livery to new vehicles – it is about working with the client to prioritise the rebrand roll-out across a disparate fleet consisting of multiple vehicle types.

Exactly the type of project we live for at Mediafleet. 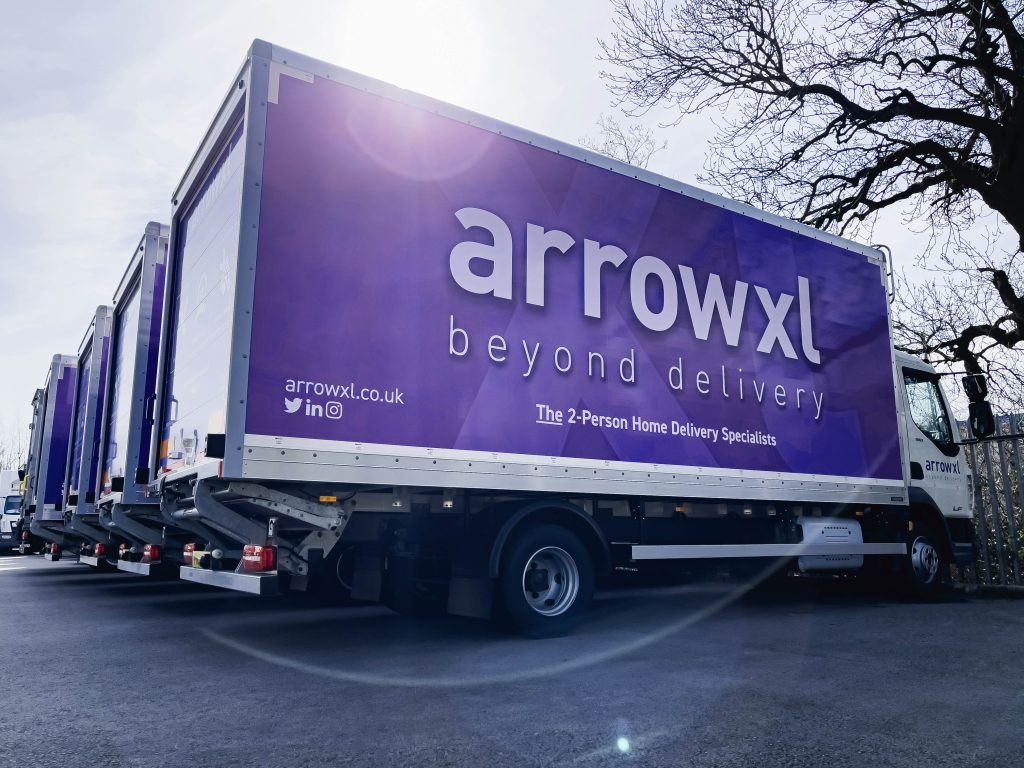 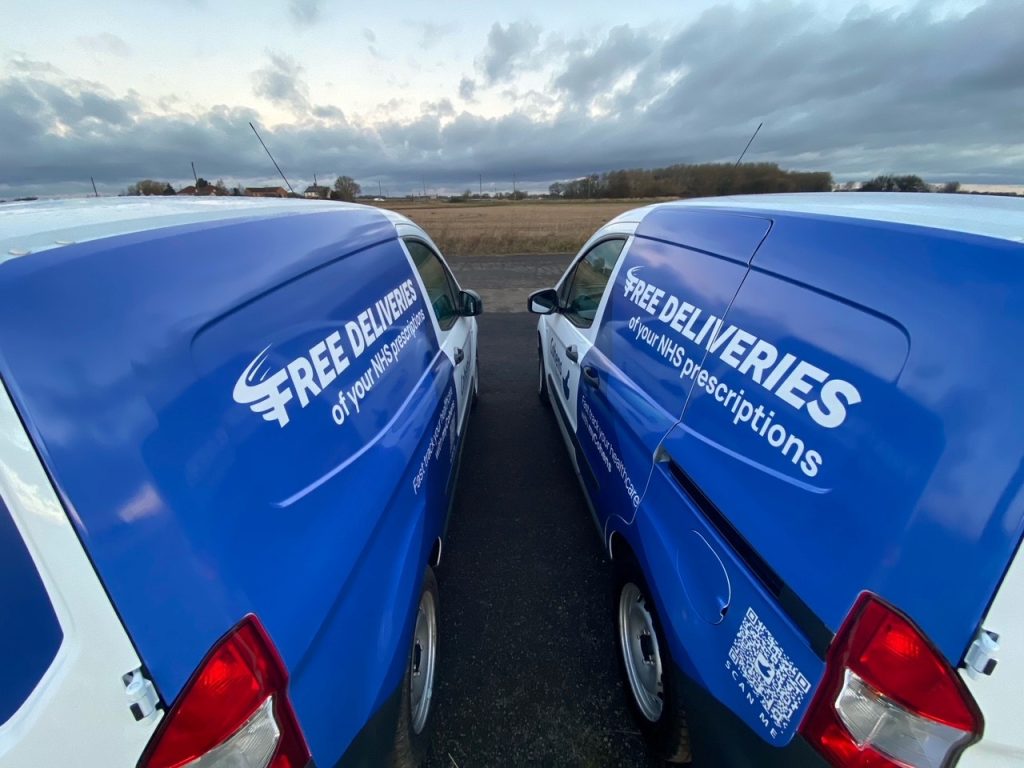 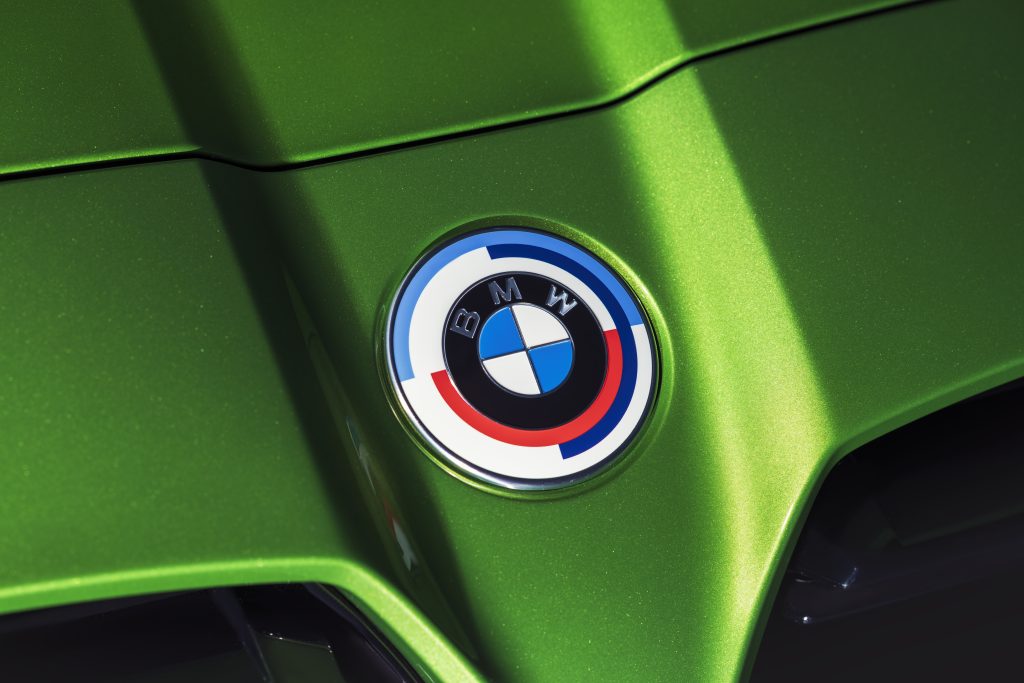